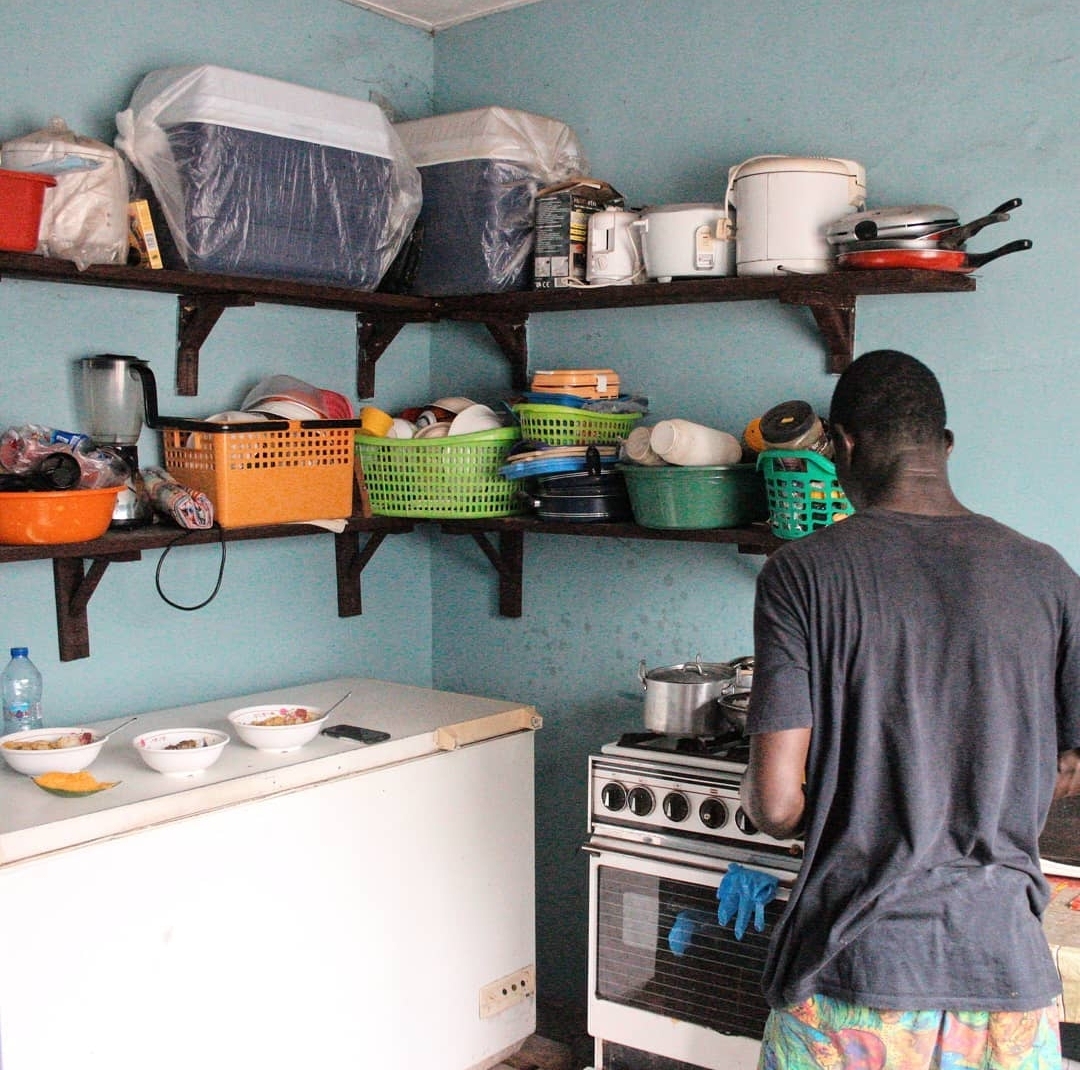 The rain started with a rush of wind which slashed open the pots sitting at the edge of the hut. Their covers were displaced as if the wind had been without food for days. It had been like this in my village, Nkwerre, for weeks. It was June, the beginning of rainy season.
I was indoors with my friend who came over before the rain started. Our parents and siblings left earlier to farm and trade respectively; we kept an eye over the hut.
We had been very close since childhood. Everybody thought us twins for we shared striking semblance, just that my skin was light dark and hers, dark like coal. We would walk to the stream, gossip and play together. We had what most people never had── one’s eyes reflected the existence of the other.
“Let us play Oga,” my friend suggested. Oga was a game meant only for girls. But some boys here enjoyed playing it when they had no other things to do.
“Mbaa, No,” I replied disapprovingly. “Let us try something different. We play Oga almost every day. Maybe, we play Ncho.”
Ncho was a simple game played in a rectangular-woodened structure of twelve holes, with tiny four pieces of stones in each hole. Each player owned six holes (depending on the number of players) and dispersed the tiny stones in turns into all the holes to make a win.
“Alright,” my friend agreed. I brought out Ncho from its keep.
We sat side by side as we played Ncho. My friend kicked off the game immediately she dipped her hand into a hole of the Ncho, packed the tiny stones it contained and dispersed them evenly into the other holes in a particular order. When my friend stopped, I did my turn. The game made us tensile but we played and laughed. And we talked about our friends, neighbours and women. We talked about an old woman who claimed that Igwe, the king, visited her many times at dead of the night when she was younger before he died. Nobody knew how true it was but people somehow believed her. We played on. My friend’s gaze caught mine severally— it was gentle, subtle and sensation triggering── we smiled.
While doing her turn, my friend’s arm touched mine and our eyes met. We remained that way for few seconds until she broke it by continuing her turn. I kept silent and watched her. It was silly as it was fun and sweet. With each of my friend’s completed turn, we slowly closed the gap between us making our skins to kiss and kiss.
My turn. Before beginning, I raised my head and looked my friend in the eyes. There was something I saw which was very recognizable and familiar. My friend giggled, I smiled. Then my friend’s head came towards mine. I kept steady as our lips interlocked. I accepted my friend as always. I felt my friend. We held and touched each other in this and that way. My left hand found its way down below my friend’s abdomen. I plunged my fingers in. My friend drew my cloth upward and worked down there. I was plucked intensely. My breasts were clutched and fondled. I circled my friend’s nipples with my mouth. My friend moaned. I moaned too.
Not very long, the rain began to get tired and finally stopped.
I was happy. My friend was happy too as we found ourselves on the floor lying side by side beside my mud bed, tired and panting. Then, just right above us, my mother appeared. Her eyes flared: You dare not do that stupid thing with a girl ever again! Do you want to get burnt alive, this girl? Girl and girl cannot give me grandchildren. My mother had her way of getting to my soul.
As I opened my eyes and fully aware that I had awoken from sleep, it was clear to me like water that there was no one with me, not even my mother. I had been home alone all afternoon.

*Oga is a game mostly played by young girls in the eastern part of Nigeria. It is also called ten-ten.