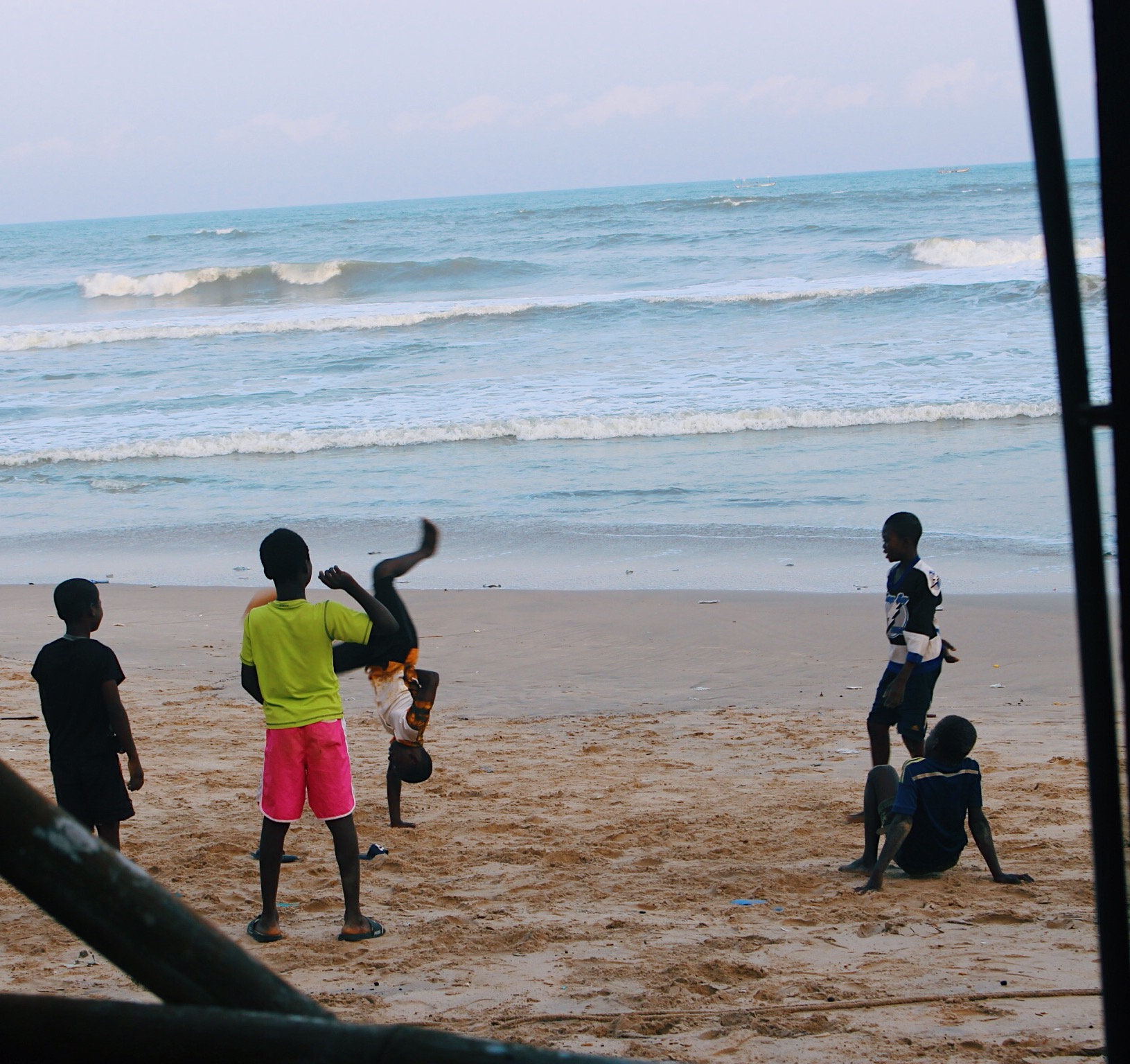 Some say you never really remember being a baby. They say that your earliest memories begin when you are two years old. That is far from the truth. The human mind is a muddy plain and memories are footprints. Each memory is an experience, unique. I remember being a baby and it is little wonder – to myself at least – that my earliest memory is of needing someone. I was about 4 months old but I remember a certain day. I lay in my colt and realized that it was long since I felt the touch of the woman I had come to know as my primary caregiver. I missed the taste of her breast milk and her loving warmth. In consequence of this, I began to cry so that she could hear that I needed her. I cried for a very long time, my little mind did not know how long but I remember how I felt; so distraught, wondering if the woman was gone forever. Much later in life as I narrated the experience to my mother, she was surprised. On that day, she had stepped out to the market. She left me at home thinking she won’t be long but unfortunately, she was hit by a motorcyclist. There are some other events from my childhood that are still vivid in my mind. I recall being carried by my mother a lot and the sound of my father’s voice. It had this distinct baritone that announced him. At that stage of my life, care was handed over to me. Many things happened as time unfolded as a child. These events seemed like single threads in the pool of the times of my life but they were parts of one long thread; all hoping to make sense in the end by an examination of everything. Growing older creeps up on you like a scary clown. It happens in the little moments, discovering your feet and how to move with them. Then the whole house becomes a universe, everything demands to be held, touched, felt and licked. It wasn’t long before I discovered this thing called fear and then I learnt about pain. I learnt these things the hard way, like all of life’s lessons. Those were my first taste of adulthood. My mother had just finished bathing me and I ran out of the bathroom naked. But before I got to the door and before she said ‘stop running’ ‘sto-’ barely escaping her lips. I found myself hitting the ground, feeling the most excruciating pain. That was my first contact with pain and I soon realized that I was going to fall many other times. It felt like falling was part of the gig, the taste of growing. I learnt fear from my mother’s cautious advice. “YOU ARE GOING TO GET YOURSELF HURT!” “PUT THAT AWAY!” “DON’T TOUCH THAT!” When my mother got pregnant again I felt it inside of me, I knew someone else was coming, someone who will take all the attention from me, shifting my mother’s focus from me. I wasn’t going to be at the centre of her world anymore. These little things told me it was time to grow up. However, nothing prepared me for the first day of kindergarten. I don’t know what happened the morning before. I remember standing over the school’s lawn, my hand holding tightly to my mother at this new and strange environment. A teacher was standing by. My mother released my hand and placed it in the hands of the teacher. It felt so strange. I turned around to see her back turned as she walked away briskly. “Mummy…!” I cried out. She didn’t reply. To me, that marked a pivotal moment in my life. Growing up, becoming an adult for me can essentially be traced to my first day of kindergarten. There was no manual as to how to survive the deep waters that are pre-school. Years have passed since that first day but I still find myself alone and scared.

The motions to adulthood took another turn the first time I made love. It was supposed to be special but it just felt like a rite of passage. I did it only to get back at Jethro. It was with a co-worker. I went to his apartment to chill and I started making passes at him. Soon he succumbed. It was a gruesome 5 minutes; I laid there like a lump of clay, while he was thrusting back and forth. I was just happy to give it away. After the ordeal, I laid there on his disgusting couch willing myself not to cry, to pick up my pants and leave. I stayed. “Wanna cuddle?” He asked. “Sure,” I said. The loud rocking of the bed as Amerie, my neighbour, moaned in pleasure had woken me up again by 4 a.m. I checked my phone for the date; I was disappointed but not surprised that it was only Wednesday. I had never felt closer to a nervous breakdown than I did at that moment. “AHHHHH, HARDERRRR!” Amerie screamed from next door. I switched on the light and looked around my room. It looked like the room had been turned upside down. My clothes, shoes, papers were about. The meaning of the mess was that I barely had any clean clothes or underwear. I refocused my mind from the abysmal dump that is my room and navigated my way to the bathroom to brush. My toothpaste had finished. I tore it open and swiped the little I could. As I brushed my teeth, I observed myself, I appeared older than 25. I had no energy to braid my natural hair before I slept so it was like a hairball vomited by a cat. I turned away from my reflexion and went to the kitchen. The traffic, the noise, the movement never ends in New York City. It was like a living, breathing human being. The time was 4.30 a.m. I was having coffee by my kitchen while staring blankly at my laptop. A year ago I had graduated from NYU and got a job at an art gallery as an assistant to the owner. I looked at my boss’s itinerary for the day and let my mind wander. Thinking of how it is that I am grown up when yesterday I was in kindergarten. My grocery cabinet and my fridge were empty. The sink was full of dirty plates. I had the urge to throw the plates away but I decided against it. I checked my bank account. I had five hundred dollars in savings. I dreadfully checked my mail. My water, electricity and house rent were due in a week. My next salary will be paid in 3 weeks. I massaged my scalp. When it rains it pours. Damn. I was hungry but I had nothing to eat. Gulping my cold coffee gloomily, I fished for my mobile phone on my laptop. My picture was my wallpaper. I seemed so happy smiling at the camera, wearing my NYU sweatshirt. I called home. The phone rang. A Nigerian woman’s voice came up at the end of the line. “Mummy… Good morning, sorry, night, ma.” “Jazmine, it is pretty late. What is wrong?” Hang up now. You are an adult. These people will never respect you. I let a few tears roll. “Jazmine… What is the matter?” “Nothing ma, Just said I should greet you. Greet daddy and everyone.” I hung up. The noisy coitus had become part of the background noise of my home. I went to my sink and began washing the plates with only water because once again I had forgotten to buy dishwashing liquid. On my way to the subway, my phone buzzed. An email from the bank said, my mother had sent me $1000.

It is true that the first day of kindergarten had lessons to teach me but I wondered if I had gotten my lessons mixed up. Maybe the proper way to view it is that you had to leave home and start on your own, watching all you know that is familiar fade behind you. You enter into a new world of teachers, you sing songs and nursery rhymes, meet classmates, write, but at the end of the day, you go home. Mum and dad didn’t abandon me on that first day. They let me grow. But they were always there at the end of the day. When I got to work, I wrote out a list of things I had to buy and do. Getting another job was at the top of my list. I scribbled this down at the end of my list; “Growing up comes at you in bits and pieces, from when you are pushed violently from the comfort of the womb, and from then you begin to survive. Adulthood is about survival.” And with that done, I began my work for the day.